McHugh Locomotive & Equipment has been well established as a leader having a vast amount of knowledge concerning the railroad industry. We offer for sale locomotives that are completely rebuilt and sold per our warranty. Our locomotive rebuilding programs are extensive, with all units being stripped down to the bare frame, including the fuel tank, couplers / draft gear, and both truck assemblies are removed. Then every unit is cleaned so a though inspection can be made. After a locomotive frame is qualified to meet acceptable industry standards, the rebuilding process will begin. We can also rebuild your locomotive or offer you a trade in on your old unit as part of a purchase of a locomotive. 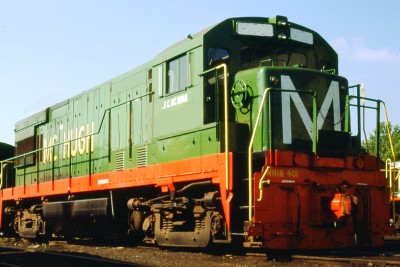 McHugh Locomotive & Equipment specializes in the rebuilding of GE & EMD locomotives. The GE locomotives consist of; 2 axle units ranging from 25, 35, 40 ton, or 4 axle units ranging from 45, 50, 65, 80, 100, 120 ton. The EMD locomotives consist of; any SW type switcher, all MP 1500‘s, GP units, and slug power locomotives that connect to the motive power unit providing additional tractive effort. We are a full service company and can handle all aspects of your locomotive sale, assisting you with shipment by rail or truck, and including set up at your location.

The following photographs represent the type of quality and craftsmanship the dedicated McHugh technicians perform on a locomotive rebuild project. 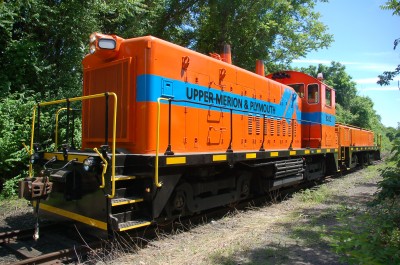 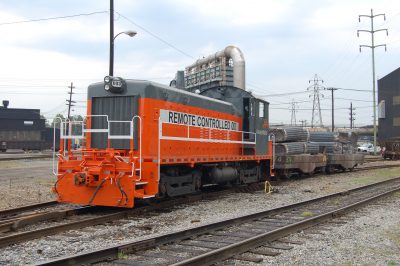 One of several 800hp EMD locomotives rebuilt for a steel mill rail operation. 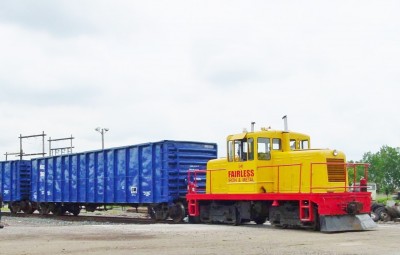 A rebuilt GE 50 ton locomotive along with rebuilt high side gondola cars at an industrial rail operation. 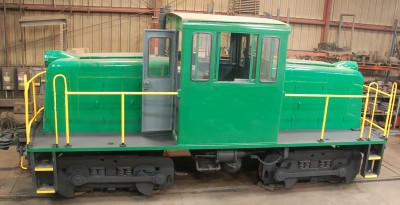 A rebuilt GE 45 ton side-rod locomotive that will be operated at an industrial rail operation. 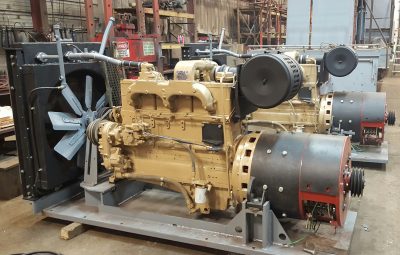 GE 80 ton locomotive during the process of being rebuilt for a new passenger and commuter railcar manufacturing company. The two rebuilt Cummins 855 diesel engines with new radiators and rebuilt GE 558 main generators. 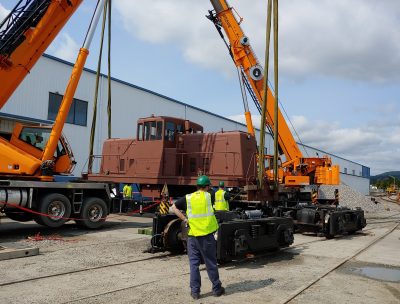 We are assembling the rebuilt 80 ton locomotive at the customers location. 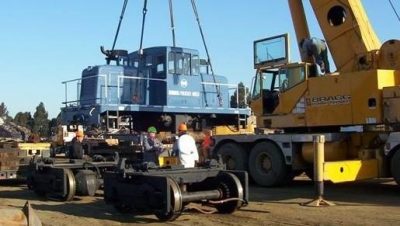 GE 50 ton locomotive delivered to an industrial operation in California. 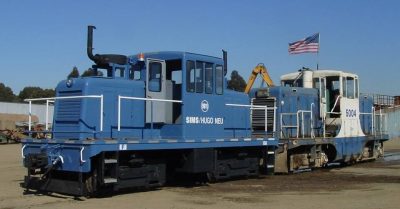 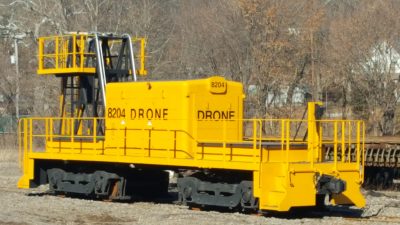 A electric powered trolley locomotive rebuilt for ArcelorMittal steel. The power source for the locomotive is provided by two overhead wires that two trolley poles at the top of the unit connect too. This unique locomotive utilizes AAR switcher truck assemblies with EMD type D77 traction motos. The locomotive is remote control and operates in a restricted confined space area behind a fence. 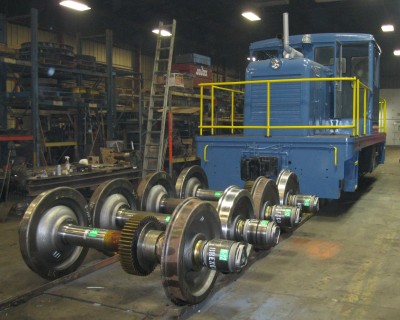 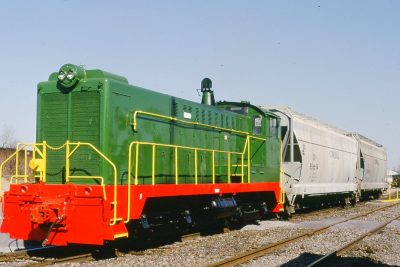 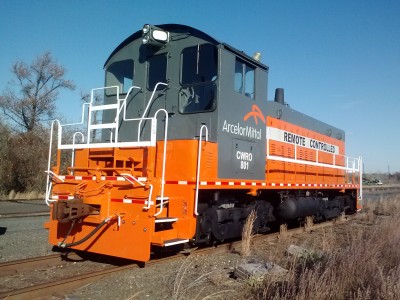 One of several EMD 800hp locomotives rebuilt for an industrial rail operation. 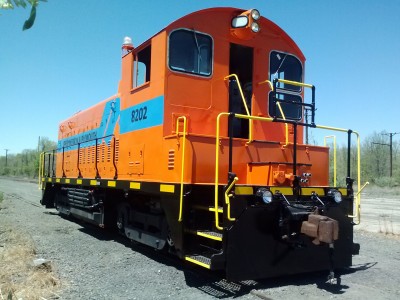 One of several EMD 1200hp locomotives rebuilt for various railroads.

The 80 ton GE locomotive in the background was rebuilt for and industrial rail operation. The GE 44 ton locomotive in the foreground had the old obsolete CAT 17000 engines replaced by Cummins 855 diesel engines and had the electrical system upgraded.