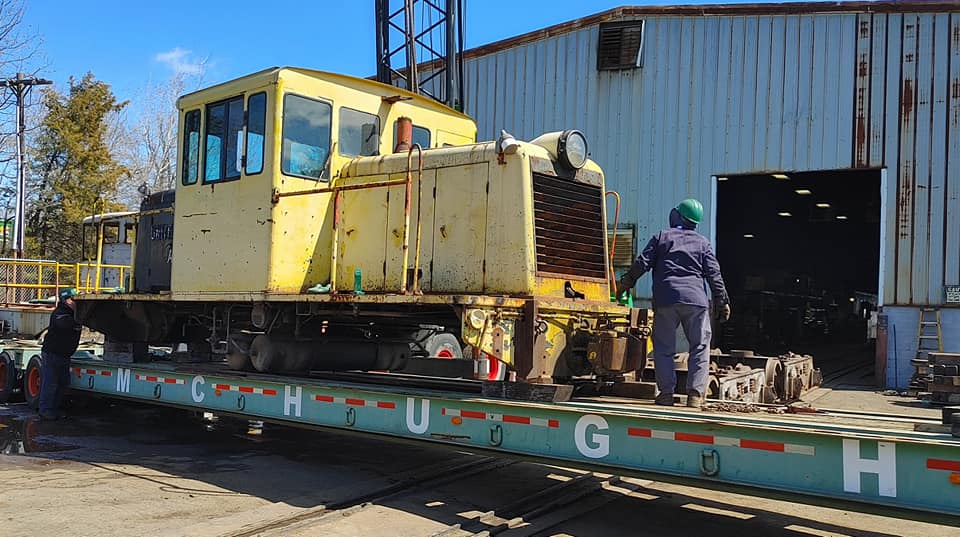 The 45-ton GE locomotive owned by the Kovalchick Corp. as seen upon arrival at the McHugh Shop. 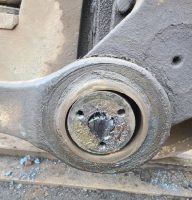 Before we were contracted to repair this locomotive, another locomotive service & rebuilder just completed replacing the traction motors on the locomotive. Those units failed and a second set of traction motors were installed and also failed. McHugh Locomotive was then contracted to do an inspection of the locomotive and determine the actually cause of the failures. We found a failed main generator, failed reverser, many contactors and relays were grounded, failed carbody leads, a grounded electrical system, air brake components improperly installed, and a host of mechanical issues.
The two GE 4-ton truck assemblies received a complete inspection at our shop and had repairs made to them. The trucks on this locomotive each have one traction motor connected to one axle with the other axle powered by means of a connecting side-rod. The crank pins and bearings on the side rods were totally worn out and needed replacement. They were replaced with a qualified in-stock set axles and connecting rods. Because we have so many in-stock parts we are also to turn around a project like this one quickly and cost effectively. 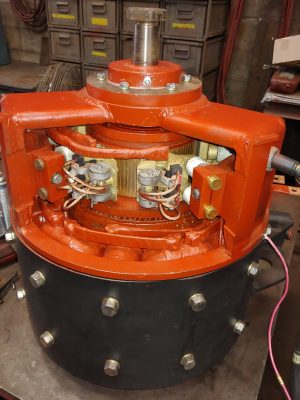 The locomotive required two rebuilt GE-1503 main generators, one armature that was failed required a total rewind. To expedite this project we supplied a qualified replacement armature from our in house stock. The McHugh Company provides top quality rebuilds to all types of traction equipment for locomotives and stocks many generators and traction motors to get your project done quickly.

Several years ago, another service company installed two Cummins 855 diesel engines into the locomotive. We found the installation was a very unprofessional job due to modifications to the hoods that allowed water to enter the engine compartment. We modified the hood to protect the engines and electrical components from the weather. Because the two diesel engines were recently rebuilt they only needed rear main seals.

The two air compressors and new radiators were also been installed. Often we have found new radiators and compressors to be competitively priced and a better option to rebuilding. On occasion, a new customer will question that our price might be slightly higher that some competitors.  The difference is competitors are willing to send back a locomotive with worn out parts and we won’t. Our products last and we stand behind our work!

Small switcher locomotives have not been produced for decades. Many industrial, short line, and heritage operations would pick up a used one and run it until it was worn out then simply pick up another used replacement. The used replacements  have dried up and many operators of these smaller locomotives are now dealing with units worn beyond regular repairs. We have the capabilities, parts, and experience to rebuild your locomotive to provide years of trouble-free service. In the long run this is safer, more reliable, and more economical than constantly patching and repairing a locomotive that is beyond its useful lifespan. Our customers have often used the term “better than new” after putting a McHugh rebuild into service. Contact us to see how we can help you. 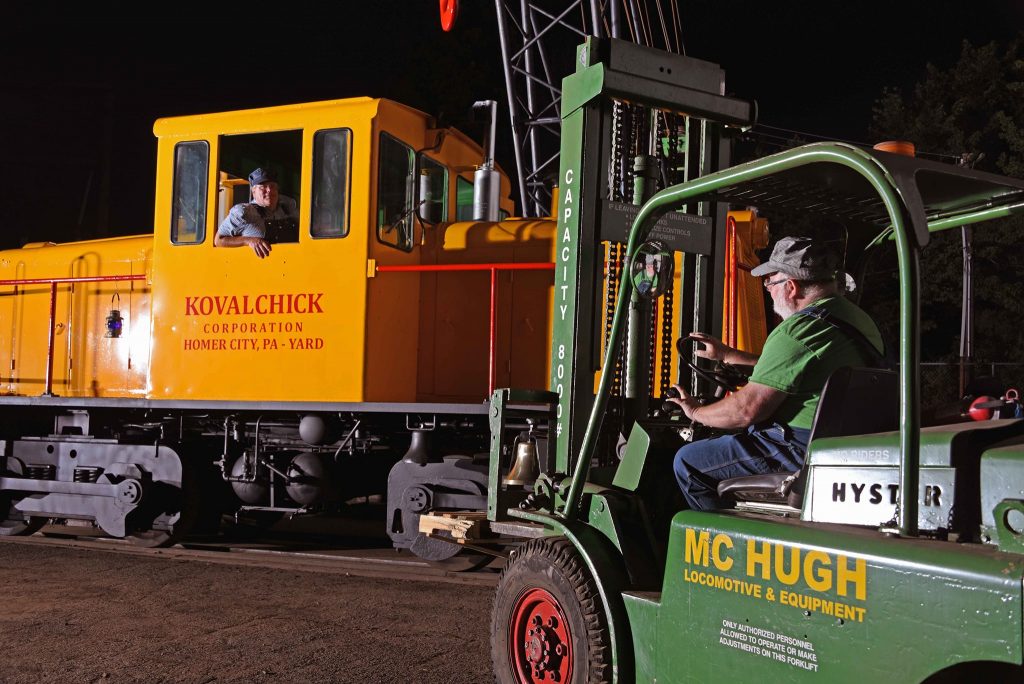 The finished product will service safely and reliably for many years.