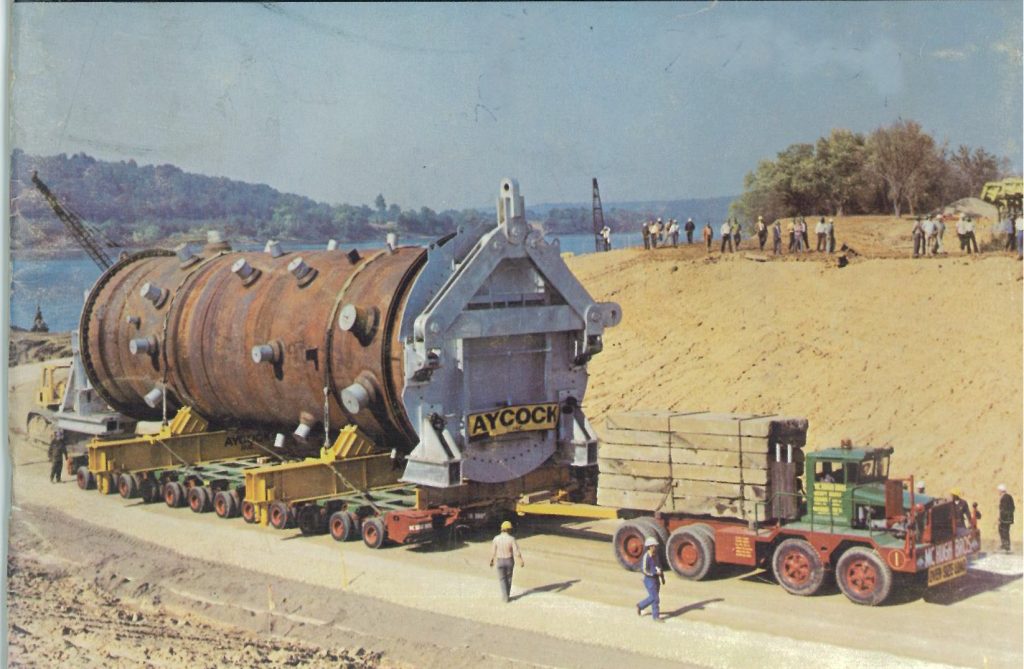 A specialized McHugh trailer with 196 steerable tires transports a 650-ton nuclear reactor. It is pulled by a 3-axle Cline 100-ton off-road dump truck that was converted into a 4-axle heavy-haul tractor.

Over the decades, the late Jimmy McHugh also designed several large heavy haul tractors and trailers that were built in the McHugh shops. One particular innovative McHugh large heavy haul project was moving a 61-ton Nuclear Reactor in Ohio for a power plant using a trailer that had 196 steerable tires. 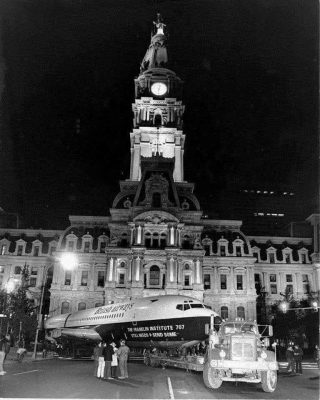 turned into more of a challenge than initially planned. The Franklin Institute turned to McHugh Bros. and Jimmy McHugh took on the project and moved the plane with specialized heavy-hauling equipment. On the night of October 20, 1975 the aircraft began its journey passing by City Hall at 12:30 am on October 21. The route went right up Broad Street, around City Hall to Vine Street and out the Ben Frankin Parkway. the fuselage was carried on a three-stage vehicle, a tractor-trailer and 24-wheel dolly combination. The vehicle was steered from 3 places. McHugh cranes were used to install the aircraft upon arrival. By 1987 the museum planned a large expansion the the aircraft was in the way. It was offered for preservation but there were no takers so it was scrapped in 1988. 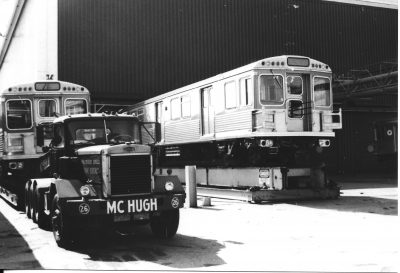 McHugh moved many new transit cars over the years. These are being transported from the Boeing Company in Eddystone, PA.

In the 1970s and 80s  the McHugh Company was involved in moving transit cars for the City of Philadelphia and Jimmy developed a number of improvements to trailer design to make the process safer and more efficient. In 1984 the McHugh Company applied to the US Patent Office to patent a trailer design for moving subway cars and on January 22, 1985 was awarded US Patent 4,494,766 for a specialized trailer system for moving transit cars.

The opening statement of the patent reads, “this invention relates to the field of vehicle-carrying trailers, and in particular to a drawbar trailer for safely carrying rapid transit subway cars, large railroad cars and other very long, very heavy loads over roads”. Moving large, heavy loads over the road was something that the McHugh Company had been doing safely for many years. 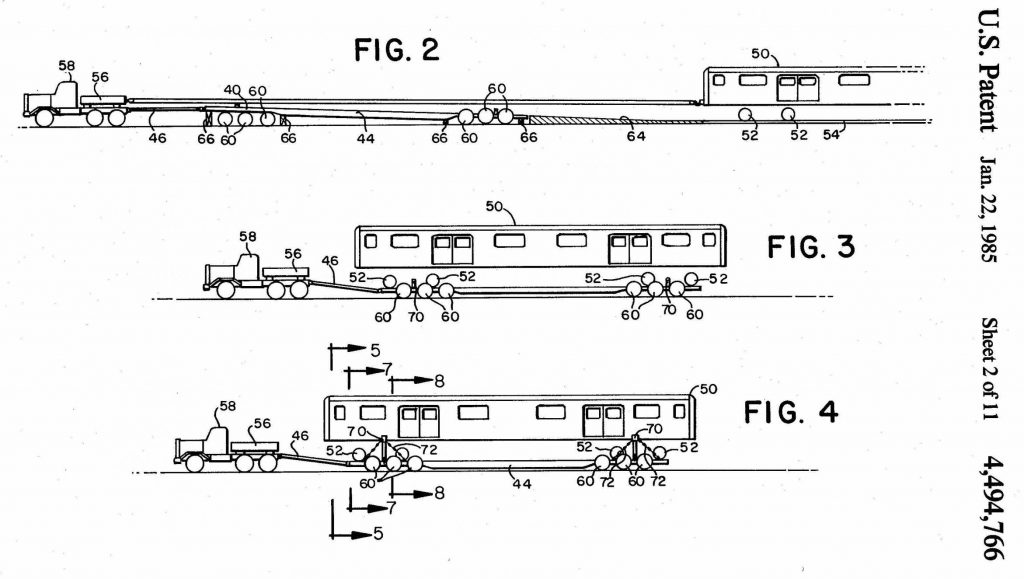 The US Patent Office awarded patent 4,494,766 to the McHugh Company for the specialized trailer designed by Jimmy McHugh.

The McHugh tradition continues today with McHugh Locomotive & Equipment lead by Jimmy’s son JC McHugh. Although now heavy hauling and rigging is primarily limited to transporting locomotives and equipment to and from the company facility in Fairless Hills, PA. Contact us to learn how we can help you with your locomotive and railroad equipment needs.